Why You Should Learn Linux - (Getting set for Linux) 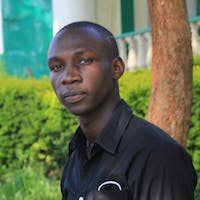 Subscribe to my newsletter and never miss my upcoming articles

As you may already be aware, the Linux kernel has found its way into an incredible number of diverse systems. It can now be found in everything from automobiles to rockets, watches to televisions, and netbooks to the fastest supercomputers. Linux only accounts for a relatively small percentage of the operating systems found on desktop computers, but has gained widespread use in servers, Internet of Things (IoT) devices, networking equipment, smartphones, and many other devices you may not think of as even being computers.

What is Linux?
Linux is an operating system that runs on a hardware computer system.
What is an Operating System(OS) ?
An OS is a software that allows other programs like browsers to be installed an run on computers.
Although you may not have used it directly you might have interacted with devices that run Linux, like you Android phone. Linux can be used by anybody but first you have to understand the commands to get started. Linux command line is a text-based interface, meaning it will accepts the commands you type in. Just like other other command based like Git and PowerShell, this commands will cause an action to be executed onto the computer OS.
You see companies like NASA, McDonalds, New York Stock Exchange, the US Department of Defense all have one thing in common, They all use Linux systems.
Although the field of IT is widely spread with different careers below is a list of some professions that will require Linux knowledge:

Stay Tuned For the Linux Series for More On how to Get Started:

If You have read this far I really appreciate, Help me to grow my community:

Do share your valuable opinion, I appreciate your honest feedback!

Check out my other Blogs too:

See you in my next Blog article, Be Safe and Take care!!
Enjoy Coding